Experience a Green Home Before You Build It

The construction industry is heavy with terminology.  We have assembled a list of terms that seem to be most relevant to our clients. This is a fluid and growing resource, so please feel free to make suggestions for any additions.

Convection: Process of heat carried from one point to another by movement of a liquid or gas.

Double Hung Window: Window that both the upper and lower sash move vertically on a track.

Facia Board: Board fastened to the ends of the rafters or joists forming part of a cornice.

Fire Stop: Obstruction placed in a cavity thats design/purpose is to resist the passing of flame.  Also called “fire blocking”

Flying buttress, or arc-boutant: A specific type of buttress usually found on religious buildings,especially cathedrals. They are used to transmit the horizontal force of a vaulted ceiling through the walls and across an intervening space to a counterweight outside the building. As a result, the buttress seemingly flies through the air, and hence is known as a “flying” buttress.

Gable: Uppermost portion of the end wall of a building that comes to a triangular point under a sloping roof.

Heat Transfer: Heat flows toward a substance of lower temperature until the temperatures of the two substances equalize. It travels by one or more of three methods: conduction, convection or radiation.

HVAC: Heating, Ventilation and Air Conditioning.  The system in the home that regulates temperature, humidity and fresh air.

Jam: One of the finished upright sides of a door or window frame

Joist:The engineered member on the horizontal plane that creates the load bearing framework for floors and roofs.  also called “TJI”.

Level 5: A drywall finishing system that acts as a leveler and primer for an even more even finish to the interior walls.

Pitch of a Roof: Slope of the surface, generally expressed in inches of vertical rise per 12“horizontal distance, such as “6-in-12 pitch”, so the roof would be rising 6 inches for every 12 horizontal inches traveled.

R-Value: Resistance of a given material to slow the transference of heat.

Speed of Sound: Varies with atmospheric pressure and temperature, but is the same at all frequencies. For most architectural work, the speed of sound should betaken as 1,130 ft./second. Why, I’m not sure.

Subcontractor: A specialized professional brought in to complete a portion of the construction project.

Thermal Transference: The movement of heat from one solid to another.

U-Value:How windows and doors measure their resistance to heat transfer (1/R). It is the inverse of the R-Value, so the lower the number the better. 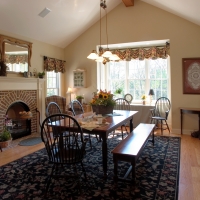 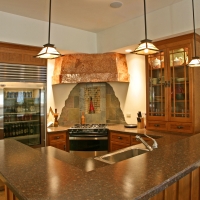 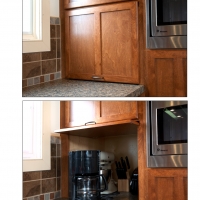 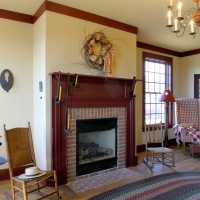